Pip is a fourteen (14) week old male kitten that is up to date on shots, neutered and weighs about five (5) pounds. He has been in rescue for the last eight (8) weeks of his life; so basically as soon as he was weaned early he was placed in rescue. Pip plays well with most cats and loves his new friend Garfield (also up for adoption). They sleep and play together and Pip even lets Garfield take care of him like a mama cat would by cleaning him, etc. Pip was on a home trial for three (3) weeks with two (2) other cats and two (2) dogs. He was fine with everyone however the female cat kept attacking him so Pip would hide under the bed for long periods of time. After three (3) weeks the family decided to give him back and let Pip find a home where he wasn’t constantly being beat up and having to hide. If you are looking for a young, playful cat that loves to be cuddled and have his belly rubbed then you have found him! 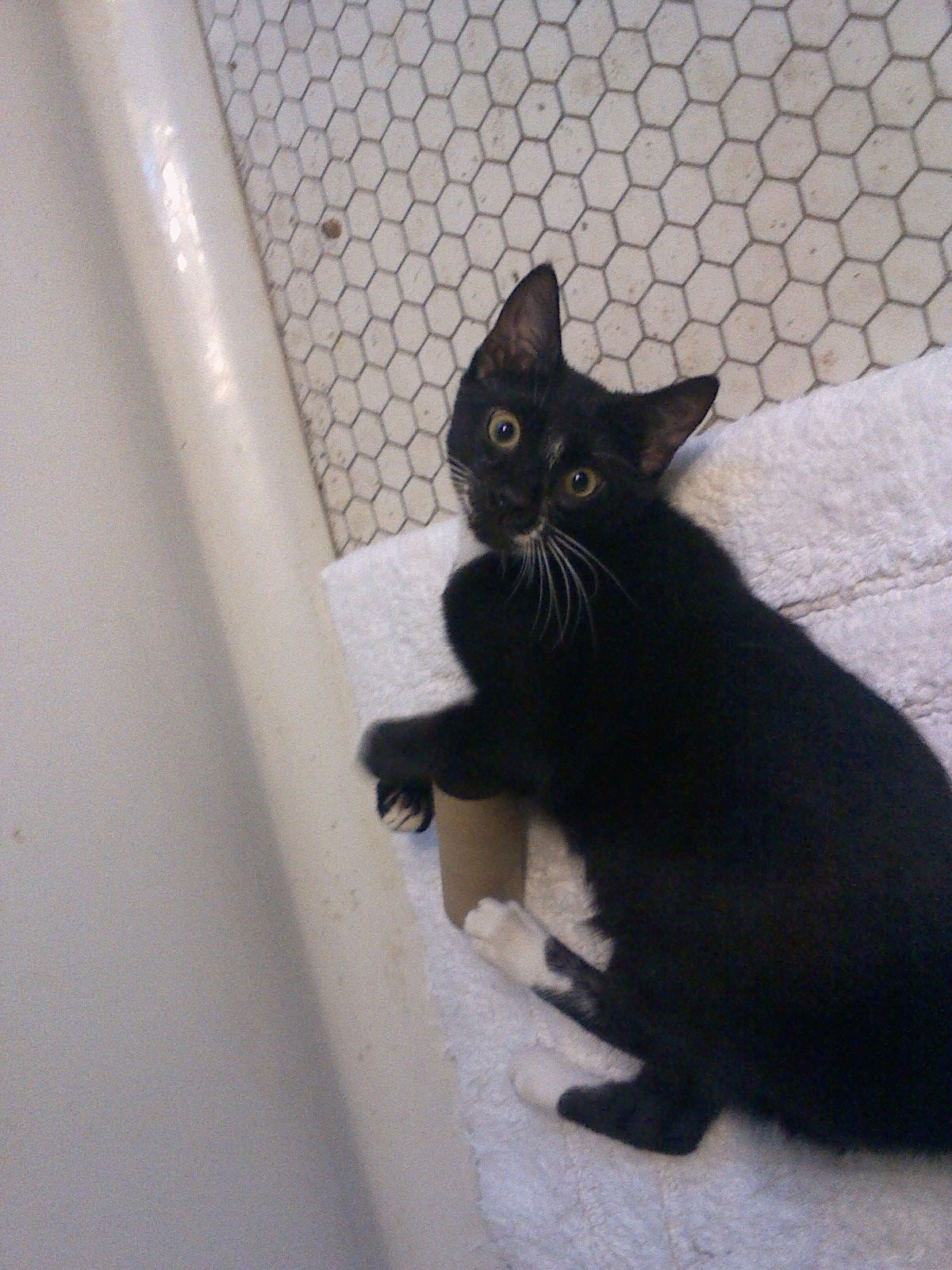