Esme came into rescue one month ago from an extreme hoarding case.  She is  about 14 weeks old now, and weighs  9 pounds. The vet agrees that she is dachshund mix and should remain on the small to medium size as an adult. She is a tad on the long side, with short legs, and has the Dachshund shaped head although we don’t know where the curly tail came from! She is so cute with her black muzzle and eyeliner, and has a super personality to go with her looks! Esme immediately put her fear aside so she could play with the other dogs at her new foster home the first day she arrived and has continued doing exceptionally well coming out of her shell. Before rescue Esme was confined to a house, but  after rescue Esme quickly decided that she loves being running and playing in the yard.  Esme is an outgoing girl and has a (for now subtle) dominant dachshund personality. She loves playing with the other dogs but will stand her ground if needed! Esme looks for attention and loves to give kisses. 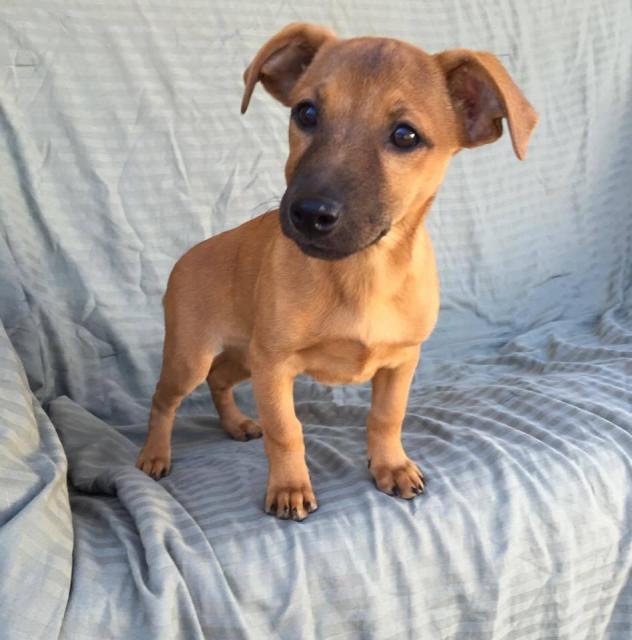