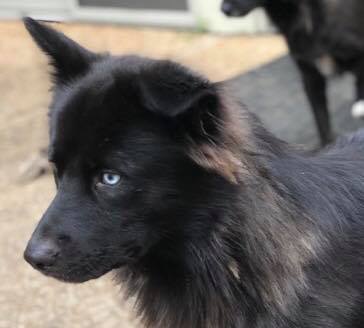 This handsome male black Aussie or Border Collie mix was taken off the streets by Good Samaritans. He and his brother, Blue, had been shot with pellets. The Good Samaritans nursed him back to heath and held them until a foster could be found. Brownie is up for adoption, but his brother still has to go through heart worm treatment before he can be adopted. Brownie weighs about 50 pounds and has a thick fluffy coat. He is just about one year old and very sweet, although a little shy due to being on the streets. 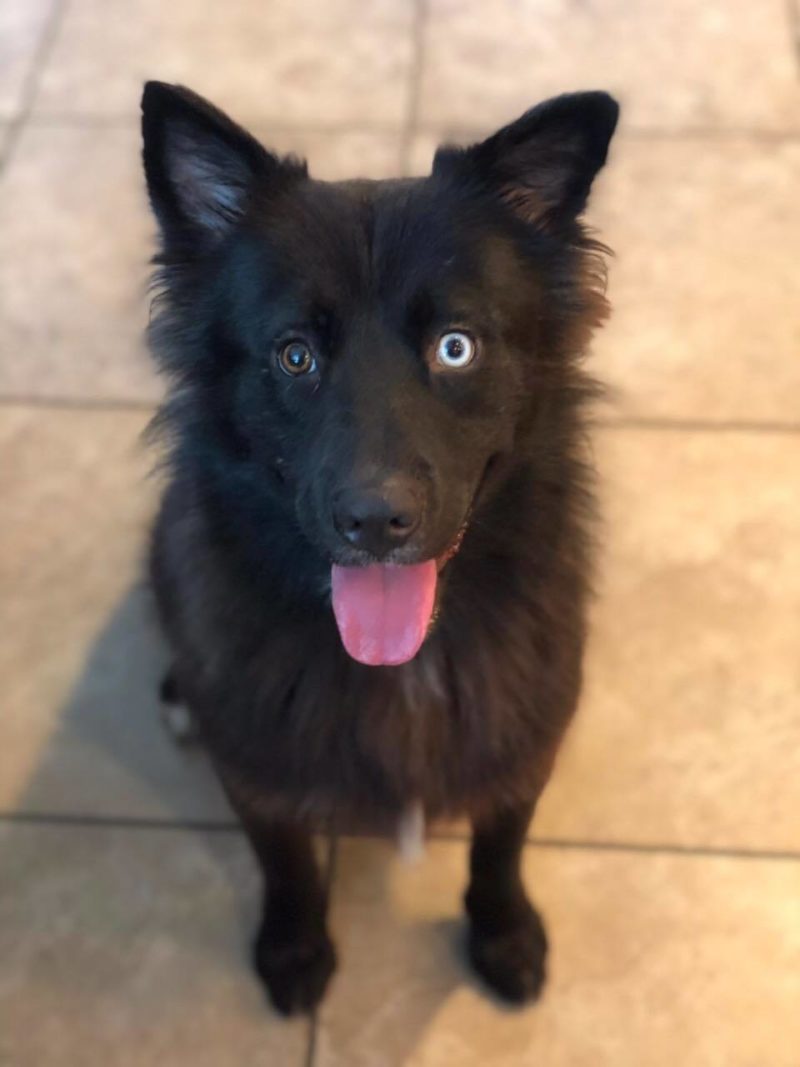