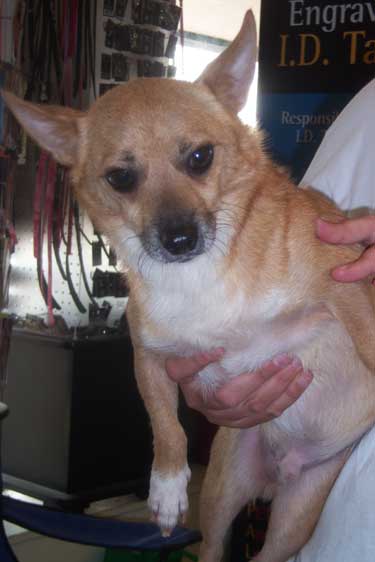 Poochie is a Chihuahua/Terrier mix. He is approximately two years of age. He is a sweet lapdog, but possibly has an aversion to men. He gets along with most dogs, although I do have one foster dog that he does not like for some reason. Poochie was surrendered to a shelter in Mississippi because his owners were moving to a state that did not allow dogs – not really, just couldn’t resist. He did have heartworms, but has since gone through the treatment and came out with flying colors. He is neutered and up-to-date on shots. He would probably be a great companion for a woman who is going to remain single. We would just have to do a trial with a man.