Marcus is an approximately six year old male Doberman mix. Marcus was rescued from a rural town in Arkansas. He was approximately a year old and had been hit by a car. He was rescued and brought back Memphis where he was treated for heartworms. Being hit by the car caused many injuries that were not fixable. He has a leg that could not be repaired and actually after a few months began using again. He can run and you might not even know there was a problem until the cold and wet months hit and then he might hold it up. It was evident that there was a problem with one of his eyes and after a few months it actually had to be removed. What we didn’t know that the good eye was affected also and now he is totally blind. You probably would not know that either as he gets around really well. He knows his way through the house and when he is outside he runs around like any other dog. The problem living in a rescue home is all the new dogs coming and going. Especially if you rescue small yappy dogs that think they weigh 100 lbs! He actually is fine in a room with them, but when he goes through the house, you have to make sure that nobody gets under him or in his face barking at him. He might grab them out of fear or uncertainty. He would just be much more content to live out his life in a quiet home with maybe one other bigger dog. He is sweet and loving and happy to just hang out on a dog bed. He is housebroken and not destructive at all. l. 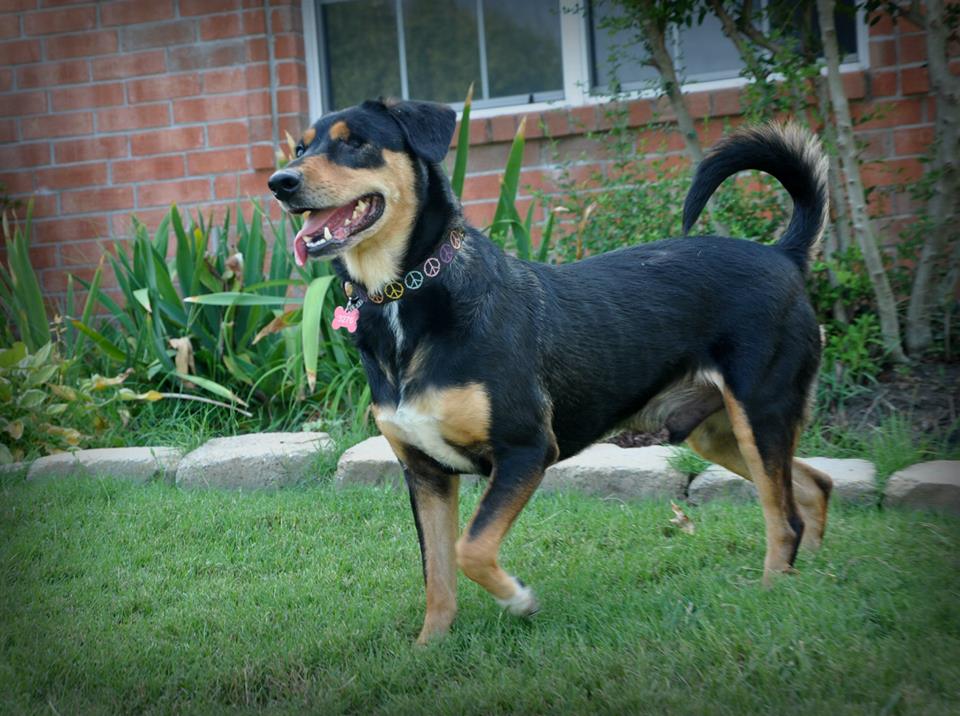